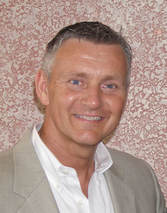 Tim Millwood assumed duties as Associational Missionary and Director of Missions of Rehoboth Baptist Association in July, 2004. Rehoboth includes 55 churches and missions across 5 counties in Central Georgia. The association is involved in some 40 ministries and services to member churches and the community, including a Christian Social Ministry (food bank), Dental Clinic, Appalachian Ministry, and Disaster Relief.
Prior to leading the association, Millwood was Pastor of Friendship Baptist Church of Warner Robins for twelve and a half years where the church grew from a small group of 30 persons meeting in the association building to a thriving church of some 540. Prior to Friendship, Millwood served churches in Gainesville, Georgia.
Tim is a 1993 Summa Cum Laude graduate of Mercer University, and earned a Master of Divinity degree from New Orleans Baptist Theological Seminary. Today, he serves as Campus Director for the South Georgia NOBTS Extension Center in Warner Robins where he teaches undergraduate and certificate courses in Biblical, Historical and Theological studies. He has served on several Georgia Baptist Convention committees including the Executive Committee, Committee on Nominations, and Cooperative Program Budget Committee. He has also served nationally on the Southern Baptist Convention Committee on Nominations.
Millwood has led or been a part of almost some 20 international mission teams in Panama, Romania, and Moldova over the years. He has preached, trained pastors, and evangelized in Moldova for 14 years.
Tim is married to the former Denise Almond of Gainesville and they have three children: Jessica, an elementary school teacher, now married to Matt Augsburger; Austin, a college student preparing for Pharmacy school; and Micah, a student at Veterans High. The Millwood’s have one grandson, Asher Augsburger.